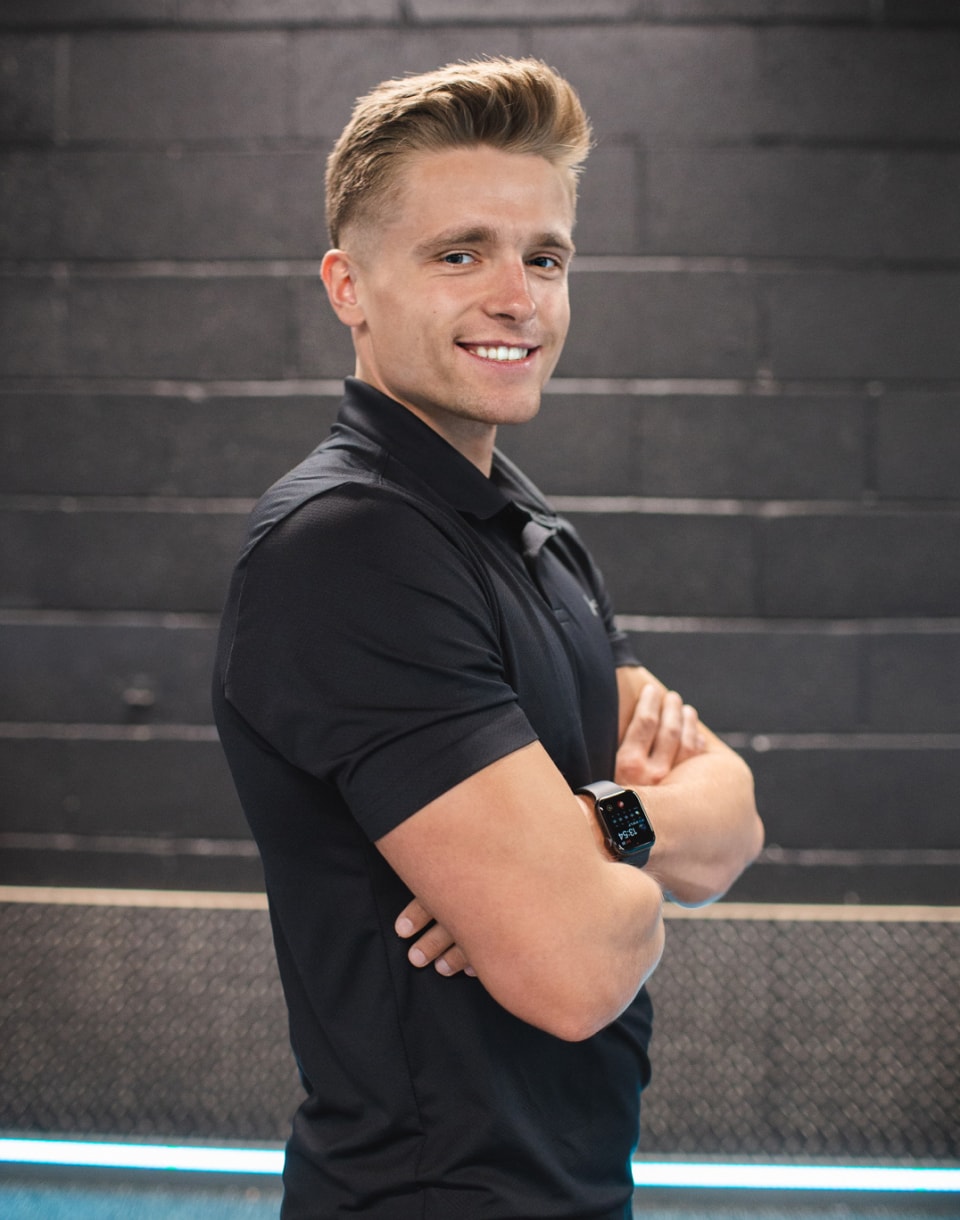 Hi, my name is Sebastian. Seb for short, in full, it's Sebastian Chrzczonowski. I know! I was born in Poland, and no, I will not try to teach you how to say my surname.

What I will try to do is to help you on your path to greater health and fitness. If you want to know what kind of service I offer and where, check out the home page and click on some of the ''fitness goals''.

If you want to find out how I came to do what I do, and why, read on.

I was never very fit.

As I said, I was born and lived the first 20 years of my life in a small town in Poland. Untiljunior high school, my life was carefree, but not very focused. A typical kid, I liked to playfootball and ride my bike, but I was never very fit, and often came in the bottom half of myclass at PE! I liked to eat too, and not always the healthiest things.

In the last years of high school I decided to change it all. I was fed up being mediocre. Youcould say I was looking for a purpose in life. I was also a bit shy and low on confidencemeeting new people.

I turned my life upside down.

In the morning a swim or run, and after school, training at a basement gym, Krav Maga, MMA or a Ju-Jitsu session. From a teenager who loved computer games, I turned into a very active person. From the moment I became more active, my confidence and self-esteem increased significantly. I saw my dream of ''having abs'' become a reality! And back then I thought that having a six-pack was the cure for every ill in this world (I don't think that anymore, but I must say I still think it helps a little…). 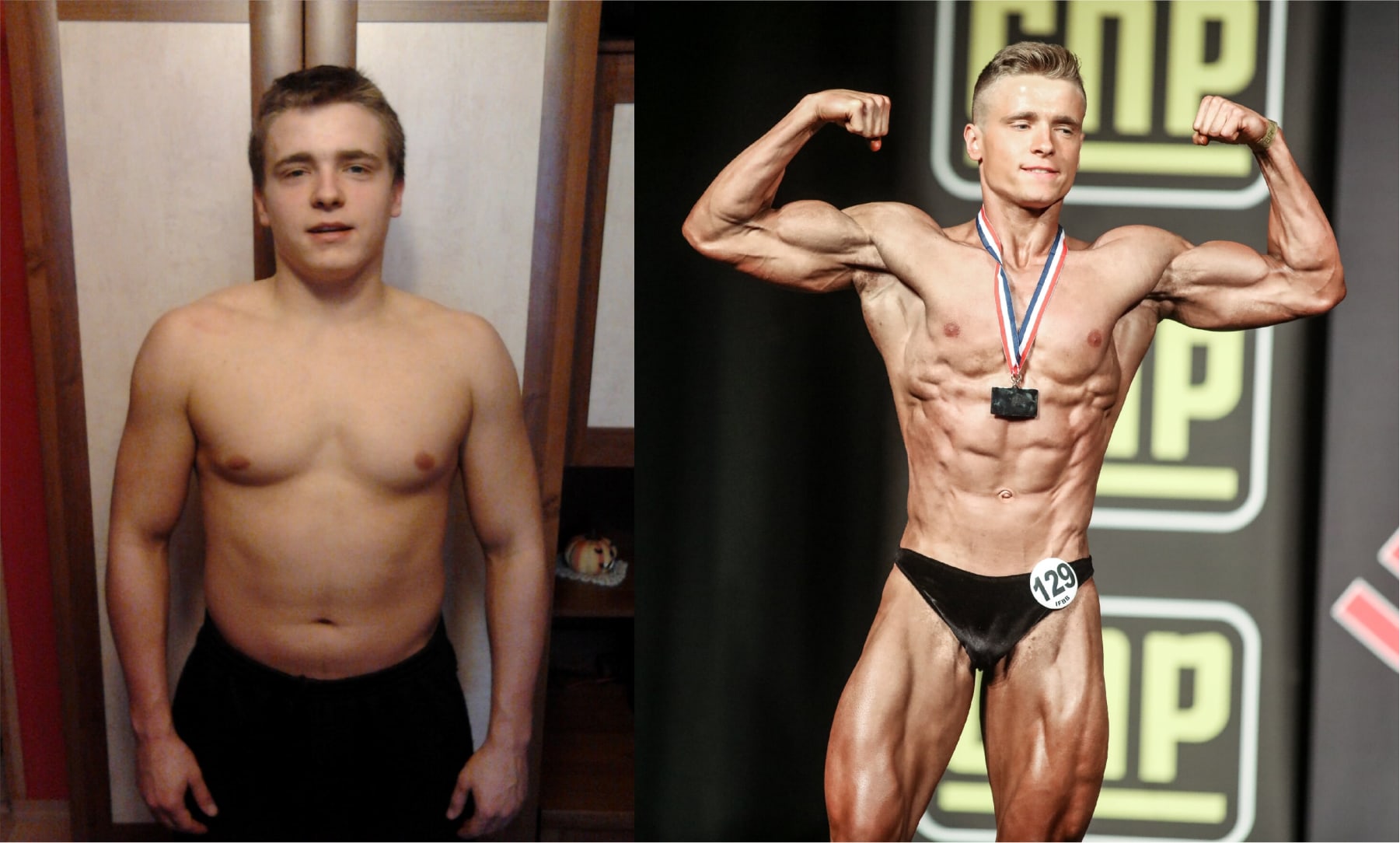 Once out of high school I was wondering what to do. My parents expected me to go to university, but I decided to go abroad, tempted by the idea of a better life there, and stories of streets paved with gold (or nearly).  At first, my mom thought I was joking, she didn't believe that I would be able to "cut the cord" and go to that far-away place to try my chances. But I did.

I came to Scotland in 2017, aged 20, with a few quid in my pocket, a friend's floor to stay on and a potential job in a biscuit factory. The reality soon hit. I thought that with a good school grade in English I would be able to easily communicate. But the Scots I worked with quickly proved me wrong. I understood almost nothing! To start with I also earned less than if I was working in Poland as the hours were so erratic. At one point, I even had to borrow money for rent and food. I knew I could always go back. But I still remember my mum saying "You'll end up in over your head". Maybe that's why I was determined to keep going.

After a few months of factory work, I was promoted to a machine operator, which made things better, and then I got a job with a Scottish builder - better for my English (Scottish version!), and much better for getting to know the culture and the people I was working with and living amongst. 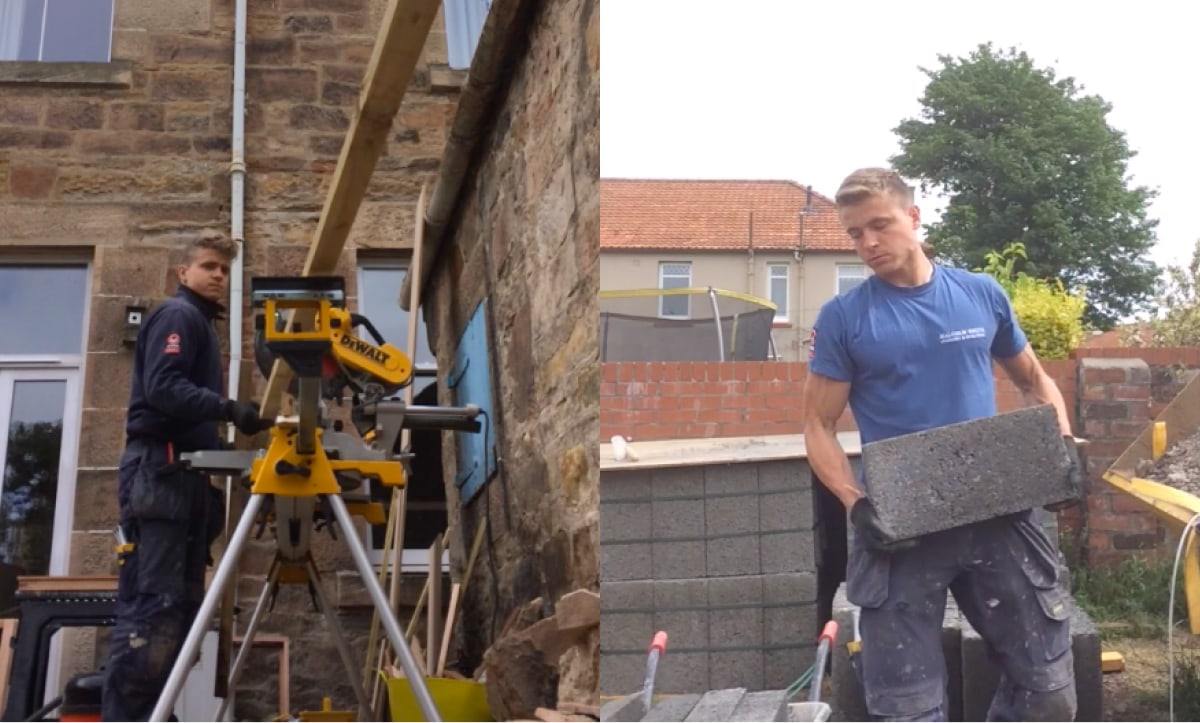 I liked the work, but I kept asking myself what I really wanted to do with my life.

I read somewhere that the way to find out was to think of what I really enjoyed and what I could and wanted to do every day. Without a doubt, the first thing that came to my mind was fitness, exercise, the gym, healthy eating and body shaping.

At the time, I was going to a nearby gym and saw personal trainers there. This tied in with my newly found drive and I decided that I also wanted to become a personal trainer and help people experience the same benefits I experienced since I committed to a healthy lifestyle. From that moment on, working on a construction site became just a means to an end, the end being entering the fitness industry. I thought that as a trainer, I had to prove something about my own abilities and determination first, so I challenged myself to take part in bodybuilding competitions to sculpt my body and prove to my future clients that I could walk the walk as well as talk the talk. 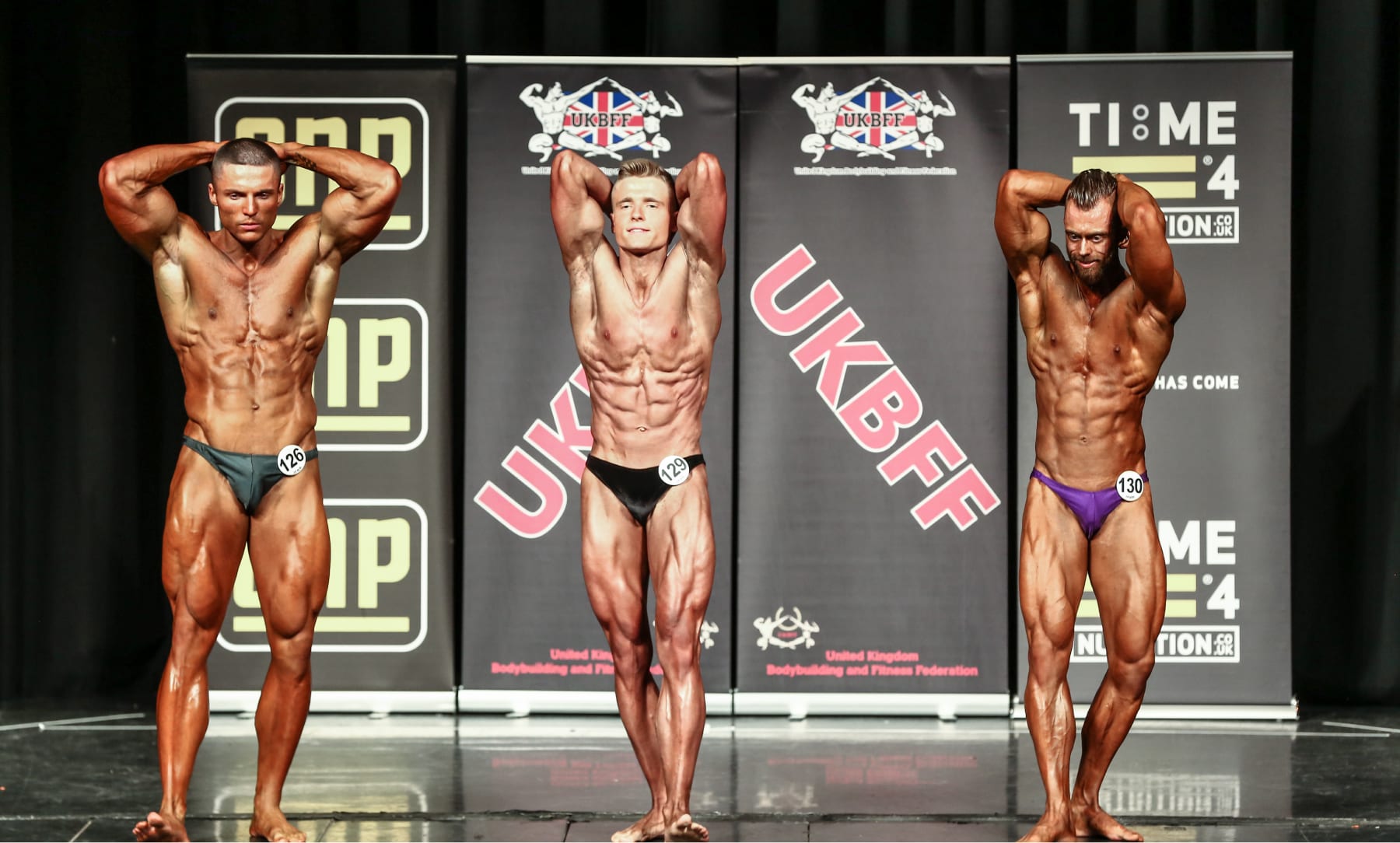 I couldn't afford to quit my job, so I took up a part time course where most of the work was done at weekends. I did not know what to expect. My English was still not that great. In the beginning, I even had a hard time understanding the tutor and other people from the course. Admittedly, some of them were from Glasgow and you could definitely tell... Even so, I felt confident because I had been interested in exercise and nutrition before, so I knew many things already. I had to re-learn the English names for bones, muscles, body processes and movement mechanisms, and put it all into some sort of order.

I sometimes wonder myself where I got the motivation

to come back from work, sit down to books and prepare for exams on weekends. As one of the few, I passed all the tests first time, with close to the maximum scores. That was pretty satisfying!

As I said, I was born and lived the first 20 years of my life in a small town in Poland. Until junior high school, my life was carefree, but not very focused. A typical kid, I liked to play football and ride my bike, but I was never very fit, and often came in the bottom half of my class at PE! I liked to eat too, and not always the healthiest things. In the last years of high school I decided to change it all. I was fed up being mediocre. You could say I was looking for a purpose in life.

I was also a bit shy and low on confidence meeting new people. 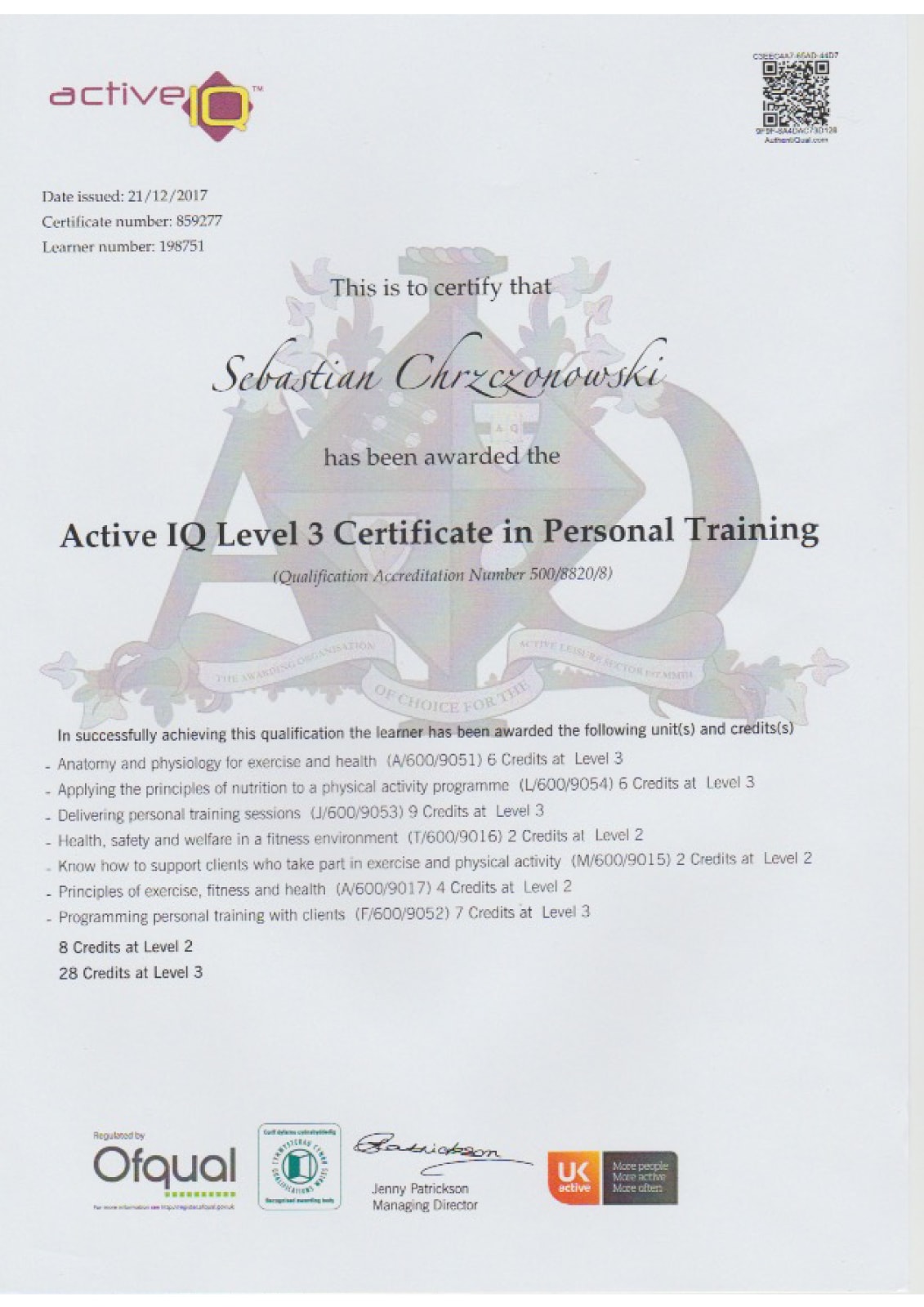 Now I had the qualifications, it was time to risk testing it in real life. I gave up my safe job on the building site and become a personal trainer full-time. At the beginning, I had doubts whether, as a Pole, I would be able to attract enough customers or whether they would prefer someone else. That turned out to be untrue. I found out that the approach, character and personality was what mattered. It turned that I can not only teach someone to train safely, maintain a good exercise routine and eat well, but I am also able to build a personal bond with my clients!
‍

The job of a PT is something of a therapist's task:

we don't just give instructions, but advise, support, motivate, and sometimes listen to people vent and get things off their chest after a long and difficult day.

Today, I am still developing my skills, but the work brings me satisfaction every day.

I love seeing people transform their bodies, and sometimes their lives, with my assistance.  I am grateful to every person who decides to work with me and gives me a chance to help them.
‍
‍

Not sure what would work best for you?

Just fill out the form below:

Thank you! Your submission has been received!
Oops! Something went wrong while submitting the form.